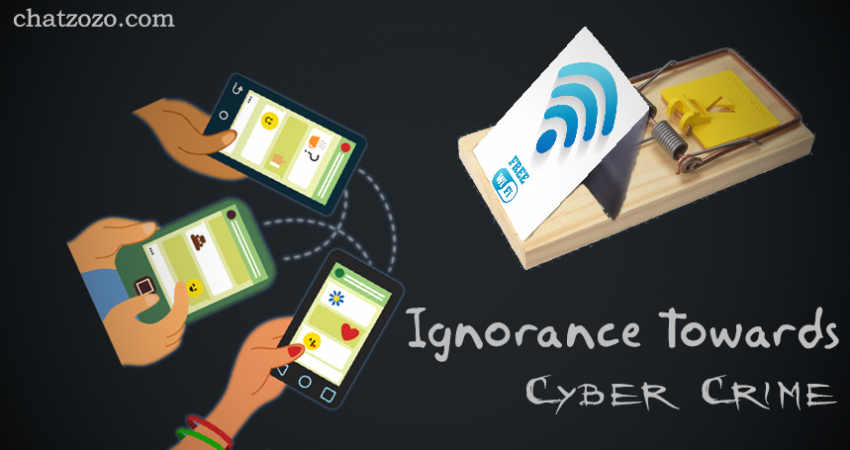 Day by day online crimes are increasing rapidly. Internet is getting cheaper and affordable for every person. Internet has become an essential part in everyone’s life. Internet crimes have increased as it has become an easily accessible tool. Some crimes are done by willingly and most of them are done unknowingly. The person doing such crimes does not even have the slightest idea that they are committing crime and it is a punishable offense. In reference to some incidents that took place in our Indian chat rooms. Most of Indian chatters are not aware of internet crimes and the gravity of crimes. What happens when they commit such kinds of online crimes without intention.

These activities are considered as offensive actions against people.

There is one thing which keeps repeating in Indian chat. If people like to disturb others, or take revenge on some other people, they do this.

Cyber Stalking is a serious crime and people do this because they desperately miss them, annoying them or to spy on others. Internet has made it very simple for cyber stalkers to go through other person’s personal details through online media. If you go through someone’s Facebook you can gather few information about their likes, interests, topics they interact with, their whereabouts and more about their personal info’s. Twitter is a place where you can find high profile people’s tweets and their interests. Well, few politicians use twitter as their cyber attack on someone whom they hate or argue with.
Gathering personal information like (profile pictures, shared locations, email, contact information, food they like, music, cinemas, sports and mostly with whom they publicly interact), this gives a clear information about you to an unknown stalker to read and understand about you without meeting you in person or interacting with you personally. Mostly people don’t like to have a second social account to share their interests as an anonymous person, so people end up sharing their own personal stuff on social media without looking through the time spectrum, or where would this end up.

You may be aware of a few incidents which happened in the last few years, that terrorists are recruiting people through online means after spying on their interests and hatred towards society. Hate on government, hate on people, hate on religion turns a good human being into wild animal. So be sure, with whom you are chatting and be sure what kind of videos, post, articles are you reading.

Identity theft means stealing your information and pretending to be you in front of others. In short, we call this as a fake account or foul accounts which pose/pretend like the original account and share vulgar comments, and share dirty or filthy inappropriate information on social media to make it look like almost real person. Which sometimes give a wrong impression on people, and sometimes it creates a debate over the person’s interest. This would never end here, if I have to list more about identity theft I would run short of time.

If you are a male who is reading this, there might be a possibility that you would never accept this reality, but to be honest the facts are real information about male domination. There are still men out there who don’t want women to do a man’s job. Well, this is a real ugly truth in this world, women are treated as slaves, and they are trashed everywhere. You may find some topics around the internet which gives a real creepy moment when you realize it. Women are not allowed to share anything online where males take the credits for.

Well the sand timer got changed in history, you can find women politicians and leaders who succeeded in their life and society by wielding their power. Leaders, who are women and pushing their limits and breaking their ground bounders to light up height to show this world that women can do anything and they are not dependent .

Women empowerment >> We read a hell lot of things on women empowerment. We keep organizing events and give platforms for women empowerment. But the bottom line is till what extent have we accepted the fact that we want to empower our women in our society? Are we able to tolerate a female ruling or governing us? Are we open to decisions taken by a female? Do we respect ideologies of a female in our family or society? The answers to these questions will enlighten our minds to what extent we have empowered our women.
Women empowerment implies the ability in women to take decisions with regard to their life and work and giving equal rights to them in all spheres like: personal, social, economic, political, legal and so on.

Women empowerment is the much-talked about issue today. Women are increasingly getting empowered to decide the course of their life and professions and realize their fullest potential.
Women Empowerment: Winds of Change

Women empowerment has become the buzzword today with women working alongside men in all spheres. They profess an independent outlook, whether they are living inside their home or working outside. They are increasingly gaining control over their lives and taking their own decisions with regard to their education, career, profession and lifestyle.

With steady increase in the number of working women, they have gained financial independence, which has given them confidence to lead their own lives and build their own identity. They are successfully taking up diverse professions to prove that they are second to none in any respect.
But while doing so, women also take care to strike a balance between their commitment to their profession as well as their home and family. They are playing multiple roles of a mother, daughter, sister, wife and a working professional with remarkable harmony and ease. With equal opportunities to work, they are functioning with a spirit of team work to render all possible co-operation to their male counterparts in meeting the deadlines and targets set in their respective professions.

Women empowerment is not limited to urban, working women but women in even remote towns and villages are now increasingly making their voices heard loud and clear in society. They are no longer willing to play a second fiddle to their male counterparts. Educated or not, they are asserting their social and political rights and making their presence felt, regardless of their socio-economic backgrounds.

While it is true that women, by and large, do not face discrimination in society today, unfortunately, many of them face exploitation and harassment which can be of diverse types: emotional, physical, mental and sexual. They are often subjected to rape, abuse and other forms of physical and intellectual violence.

Women empowerment, in the truest sense, will be achieved only when there is attitudinal change in society with regard to womenfolk, treating them with proper respect, dignity, fairness and equality. The rural areas of the country are, by and large, steeped in a feudal and medieval outlook, refusing to grant women equal say in the matters of their education, marriage, dress-code, profession and social interactions.

Let us hope, women empowerment spreads to progressive as well as backward areas of our vast country.

Don’t mix your Stalkers to be your Fan Everytime